Veronica Monet has slept with 1,800 men so you don’t have to.

For 14 years she worked as an escort out of San Francisco. She slept with men ages 18 to 80 from around the world — investment bankers, truck drivers, billionaires, cops, athletes, students, professors and plumbers.

Along the way, she says, she compiled a storehouse of knowledge about all things emotional and mental as well as carnal.

Now she’s sharing her knowledge of men with other women. The 45-year-old Sharon Stone look-alike has written a book, “Sex Secrets of Escorts: Tips From a Pro.” And here’s the interesting part: The book is not about sex. It’s about the mind.

“The purpose of this book is to try to give women some insight into men’s culture,” says Monet, “so they can stop thinking of them as creatures from Mars and start thinking of them as people who grew up on this planet, though maybe from a different culture.”

OK, there’s sex in the book, too. Monet gives advice on the finer points of foreplay, oral sex, sharing fantasies, pornography and tantra. But this comes after several chapters in which Monet explains the intricacies of the male psyche. “I have found that many men are less interested in sexual intercourse and achieving orgasm than they are usually portrayed,” she writes. “I have seen many men lay down hundreds of dollars to talk, cuddle, engage in hours of foreplay and actively seek instruction in how to please a woman sexually.”

Monet was no ordinary prostitute. As a high-class escort, she charged $10,000 for a weekend, often jetting to Paris or London to meet her clients. She says she commanded those prices not because she was the most beautiful woman or the best in bed but because she came to understand what men want and why.

Spending time with Monet is an unusual experience. At the book launch party in San Francisco, the walls were adorned with photographs of her having sex with her husband, Robert Keller, from whom she is now divorced.

A few days later, she and Keller were strolling along Half Moon Bay with their two German shepherds. She appeared indistinguishable from a soccer mom.

Monet grew up in a conservative Christian home in Oregon. By the time she was 12, she had read the Bible cover to cover, and liked to memorize verses using flash cards. At college, she discovered her sexuality but found she often scared off men by being too aggressive.

After graduation, Monet entered the corporate world, which she found stifling and where she said she was often subject to sexual harassment. Meanwhile, she started seeing a woman, a beautiful former centerfold model who was married, had three kids and worked as an escort. One day her girlfriend suggested that her husband make a film of the two women having sex and sell the video, and Monet agreed. Monet then asked her girlfriend to mentor her in the art of escorting. She quickly found she had a knack for the trade.

Since turning to writing, Monet has stopped taking new clients and has told her regulars she is on her way to retirement. Now she is down to two clients, men she has seen for more than a decade.

“My income has taken a big hit,” she says with a laugh. “But I really want to give the writing my all.”

When she decided to change careers, she had no agent, no publisher, no book deal. But she told her husband she wanted a divorce, to quit escorting and to write. Four months later, she found an agent.

Monet lives in a cabin near Lake Tahoe and has a 31-year-old boyfriend, though she remains bisexual and nonmonogamous. She still loves her ex-husband, she says, and the two believe their relationship is better now than when they were married.

“For one thing,” he says, “we can go to our separate corners. We live four hours away from each other, so we can see each other often enough.”

Keller, who is 58 and works as a sales manager, says being married to an escort was always tough. To make it more manageable, he says, they established rules. For one, he could go to a hooker any time he wanted and she would pay for it. The other rule was that she could not have an orgasm with a client. After a time, Monet says, they became like any other married couple. They would each come home from work and talk about their day. Except that he came from an office and she had been having sex with other men.

“Through therapy, you learn that it’s all about what goes on in your mind,” says Keller. “That’s where sex is. Not just in the body.”

Both say they have benefited from going to a marriage counselor.

“It’s a great way to improve your sex life,” Monet adds. “After letting out pent-up aggression, go home and have great sex. Isn’t that right, honey?”

“It’s almost like make-up sex,” Keller responds. “You get everything out.”

For Monet, escorting was a psychological as well as a physical service. She would talk at length with her clients, and get everything out first. By the end of the session, she says, her client would have a “mind-blowing orgasm.”

“If you blunt any emotion, you detract from your sexuality,” she explains. “The two are indelibly connected. They are a package deal.”

The message of Monet’s book is simple: Spend time trying to understand your man. It might sound obvious, she says, but people are reluctant to invest the emotional and mental energy needed to know their mates.

“One of the things my clients paid me to do as a courtesan was to share their interests,” she writes. “I have been paid to do things as diverse as watching old war movies with one client, or traveling up and down the coastline while another client took photographs of the scenery. When I realized how desperate these men were to find a woman who would show some interest in the things they were passionate about, it made me sad. It shouldn’t be too much to ask our partners to share the things we love to do — at least occasionally.”

Monet’s views of male intimacy run counter to the mainstream. She has found that many men tend to be more intimate, emotional and trusting after sex. “It seems that for many women, just the reverse is true,” she writes. At the same time, Monet is an advocate for female empowerment.

“It’s time for women to stop being ashamed,” she says. “This culture is owned by a concept that says women are evil. The original sin comes from Eve. The most powerful woman who ever lived was a virgin. These are completely unattainable role models for women. So of course they hate their bodies. Sex is a natural desire, but it brings nothing but hardship and pain because even when they enjoy it they feel evil and bad.”

Above all, Monet sees herself as a point person for changing sexual attitudes. “I’m proud of what I did, and I’m trying to share it with you,” she says. “That in itself shifts the playing field.”

Monet spoke recently to a class at San Francisco State University. To make a point, she asked all the boys to think about the last time anyone called them a whore. “They always giggle and laugh, because it’s funny,” she says.

And then she asked all the girls to think about the first time they were called a whore. “And, oh my God, there’s all these serious looks on their faces. There’s a big double standard going on here.”

Monet circles back to her argument that sex is an exercise of the mind more than of the body. “The time I spent with my clients was deeply emotional,” she says. “People came to grieve the death of a loved one or to prepare for their own death or to try to reconnect with their sexuality after a disability.

There was one client, for example, she really hated. He saw her regularly for about a year. She just didn’t understand him. He was boring and pompous and full of himself.

“One day he finally had the first orgasm he’d had in a year,” she says. “He cried and then he told me he was dying. He had never shared this with anybody. I finally got it and I was able to feel compassion. And so that just shows, if you’re not willing to look underneath, you’re not going to get it. But when I did get it, it was actually a pretty profound story.” 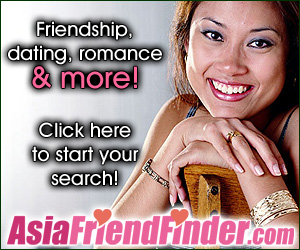 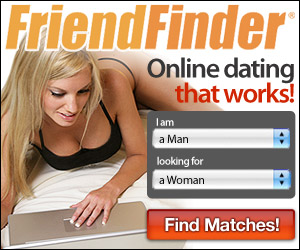